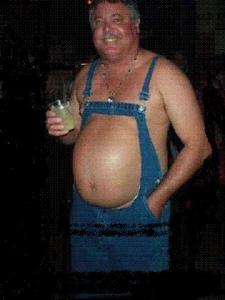 The fact of the matter is in the Province of Ontario, a Municipality is now a Creature of the Province! This has not always been the case!

In the beginning, there was to be only one supreme legislator that being the Government of Canada, the Province and the municipalities were to govern what was within their areas, under the supreme legislator. BNA preamble Section 109.

The provinces were to rule by charter every thing it owned as was municipalities. That is to say that direct ownership of a piece of property was governed by the owner of same. There was no jurisdictional control over any thing that was not owned by the Corporation be it the town or the province.

The province and the town are Corporations owned by the shareholders (TAXPAYERS), the corporations are operated by an elected board of Directors, (members of Parliament and town Councils). The Directors appoint management, the Civil Servants, to operate the corporation in the best interests of the shareholders (taxpayers) under the direction of the Board of Directors IN THE BEST INTEREST OF THE SHAREHOLDERS!

As time passed and government grew and taxes grew faster than revenue, we as a people lost tract of what government was and was supposed to be.

How many times have you heard “There should be a law!” Well I got news for you, there now laws countering and conflicting each other. You cannot pass a law that does not affect you!

The Province, in its wisdom, moved to amalgamate towns in the late 90’s. They issued the newly created municipalities with new Provincial corporations, thus extinguishing the historic Royal Charters, and putting the new municipalities totally under Provincial Control.

Could someone tell me how this act was in the best interest of the shareholders of the town?

Suffice to say that if the Province wants to implement something that the municipalities don’t particularly like, the province withholds transfer payments until such time as the Municipality agrees. Sounds to me like legal extortion.

The Supreme Legislator in Canada is the Federal Government, this has not changed! However, if the Province over steps its authority it is law, until someone opposes it. Then and only then will it be challenged. The only force you have to effect a challenge  and subsequent change is the Supreme Court of Canada! Price of admission — About a Million dollars.

The Province downloads liability to the Municipality by way of regulations passed. Regulations are generated by bureaucrats that flavour anything they need or want to justify their positions and gives them more control. The regulations have never seen the light of the legislators. So our elected representatives have absolutely no say on any of the regulations passed. Sounds to me like the tail wagging the dog!

We as Canadians do have a Charter of Rights and Freedoms (Constitution Act) Article 15 (2) states we are all equal in Law. However, in the Town of South Bruce Peninsula, which encompasses Wiarton, Hope Bay, Red Bay, Sauble Beach, Hepworth and Allenford, there are two very different laws pertaining to property Rights. If you are in   have Commercial property and want to put up a sign advertising your business, you must first get permission from the Ministry of transportation whose regulation dictate size colour, location, font and message, then you must get a permit from the Town after you manage to get approval from the MTO.The same rules apply in Hepworth. If in fact you want to build a house or a business, you must have the approval of the MTO and a Building Permit from the MTO and then and only then may you apply to the Town for a building permit, without the MTO Permit the municipal permit is worthless.

If however you have a business in Wiarton, you do not require an MTO permit for anything 300 meters north of Elm Street and 300 meters south of County 13. This is funny as all are in the Town of South Bruce Peninsula but refered to as Wiarton.

Now if the Town issues a Building Permit to you in the said communities and you do not have a Permit from the MTO, the MTO will order the town to issue a Stop Work Order until you have a Permit from MTO. This in law makes obtaining a building Permit from MTO a condition precedent to obtaining a Town Building Permit. The Town cannot take your money without advising you in writing that an MTO permit is required before your Town Permit is valid. For the town to issue a permit without advising you of the MTO requirement is simply fraud!

The MTO has by way of regulation declared jurisdiction over all land within 400 meters on each side of the highway which has never been within or owned by the Province. Since the Province never owned it it is not Within as defined by the BNA of 1867 or the Union Act of 1851.The Province has never expropriated the land but yet controls all rights of utility by way of regulation contrary to the provisions of the BNA and the Expropriation Act.

The Municipality is paying high-five figure salaries to Department heads that are to know and understand the legislation that they are to enforce. If the CBO issues a building permit without an MTO permit in place, the Town is responsible for the error and any damages caused.

If in fact there is a Crown Patent in place with respect to the land involved, and that Patent has no restriction on it, the owner of that land is not required to follow any of the regulation imposed. When the Crown sold the Patented Land the only laws that apply are the Laws that were in place on the date of issue. You cannot sell something twice!

The Crown issued Land Patents for years after confederation. For the most part the Province ignores Patents out of choice until such time as the Supreme Court rules against them. So it is common practice for the Province to challenge everything and settle prior to a Ruling by the Supreme Court. Commonly referred to as motioning you into bankruptcy.

In the alternative if a CAO of the Town conspires to implement harm to someone using or ignoring legislation to their own gain the town is liable for those actions and the CAO is liable to the town’s damages thereto.

If someone is wronged and litigates for damages we should not chastise that person we should condemn the players involved and make right the wrong done! Anything else is just wrong!

A recent comment on this blog from Ralph Boston, attacking Jim Turner, had a few statements in it that were definitely libelous and from my own experiences with Jimmy were untrue and definitely defamatory.

I posted the comment simply because I believe in letting people speak their mind and let the chips fall where they fall, but I do have limits.

I have to protect myself and the owners of this blog, from batshit crazy people who have lost sight of the purpose and intent of this blog and post criminally libelous comments.

I never intended this blog to be anything more than a POLITICAL commentary, a bitchfest about what bad government and the simple serpents do to us. It is a way to get information, both facts and opinions, ON POLITICS to the people, sometimes in words that newspapers won’t allow, and have a little fun doing it. I respect the anonymity of people who post here and expect others to do the same.

Ralph Boston, your vicious and obscene personal attacks will not in the future, be posted as written and sometimes not at all.  There was no way to edit your latest comment to make it acceptable, I posted it with reluctence. If you want to get even with someone, have the guts to go kick his ass after looking him in the eye. Don’t use me!

I checked out every post and comment from my friend the Martian and except for when he gives his opinion, every fact is in the public domain. It’s all in newspapers, council recordings, the Walkerton Courthouse or on Google for anyone who looks, including your twitter info.

I asked the Martian (Not to be confused with Jim Turner) what he thought about your post and he said “It is what it is” and reminded me not to argue with stupid people since you can’t win because they’ve had more practice being stupid.

Bruce on the Bruce
Blog at WordPress.com.